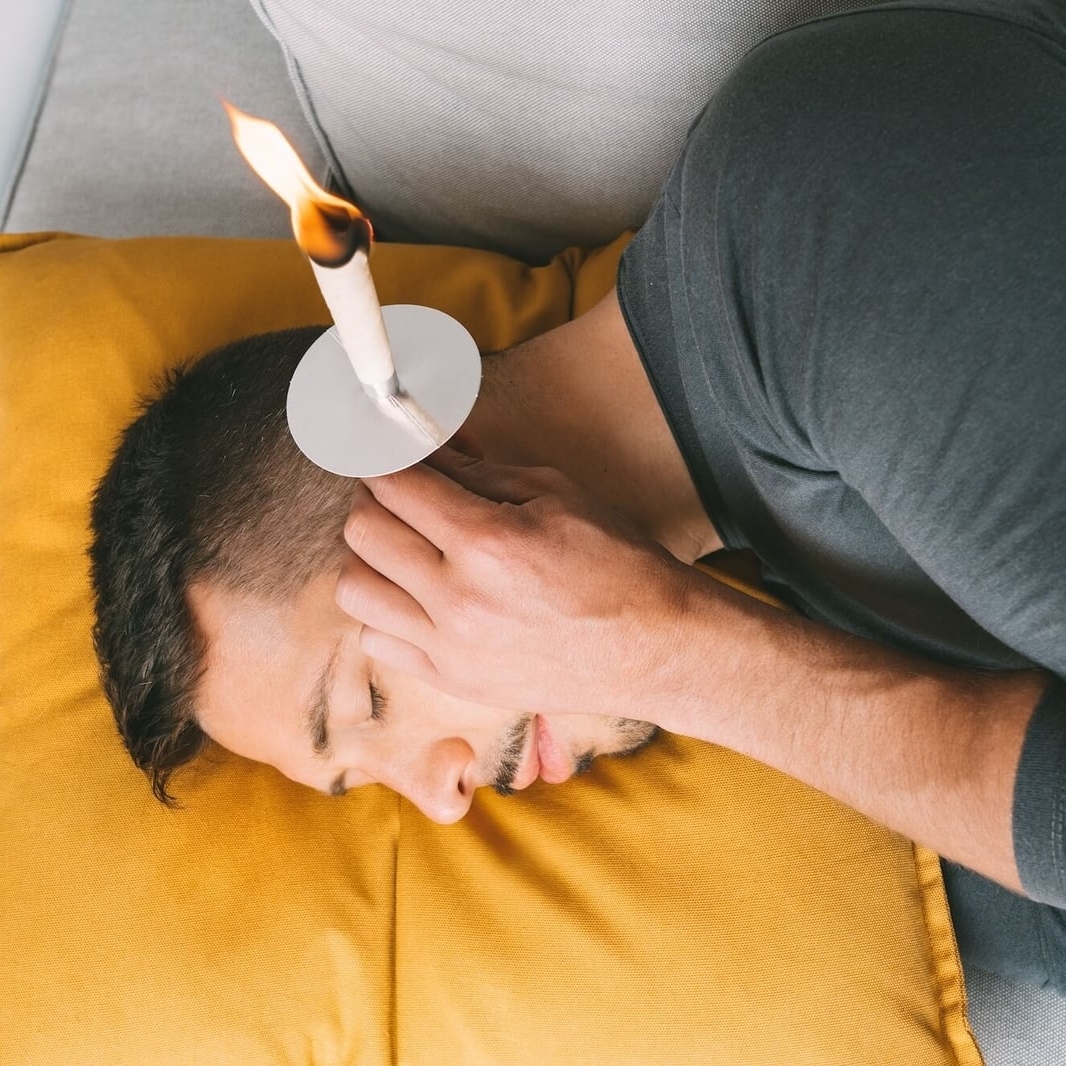 If you’re struggling with blocked ears and excess earwax, earwax candles are NOT the answer.

You may have seen videos on Youtube or Instagram of people using earwax candles to clear their ears, but as hearing specialists, we are strongly against the use of this unproven ear cleaning technique

What are earwax candles?

Earwax candles are long, cone-shaped hollow candles that are typically made from beeswax and fabric. The pointy end of the candle is placed in your ear while the other end is lit. Many believe that ear candling “sucks out” or “melts” earwax, cleaning out the ear passage but not only has ear candling been proven not to work, but it is also quite dangerous. In fact, a 1996 study found that ear candling did not remove a single piece of earwax. At best it is pointless and ineffective, and at worst, it can seriously injure you.

Here’s why earwax candles aren’t safe and should be avoided.

Earwax candles can cause burns

Wherever there is a flame, there is a risk of getting burnt and ear candles are no exception. While you may have experienced accidentally dripping hot wax on your arm and it feeling slightly uncomfortable, the skin on the face, ears and neck is very sensitive. Painful burns are not uncommon when using ear candles and even when you use a plate or protective covering, the hot wax can still drip onto your skin or even in the ear canal itself!

Earwax candles can push earwax further into your ear canal

It’s a myth that earwax candles “suck” the wax out of your ears - there’s no suction at all! In actual fact, placing an object like an earwax into your ear can push earwax down the ear canal, compacting the wax and making it even more difficult to remove.

Earwax candles can puncture your eardrum

Perhaps one of the most concerning reasons an ear candle is not safe is because it can puncture your eardrum. If the candle is placed too deep or hot wax gets into the ear canal, you can damage the eardrum and risk hearing loss.

Have you ever heard the advice “You should never put anything in your ear smaller than your elbow?” Well, it’s true! Any “home remedy” that advocates sticking something in your ear should not be followed. Instead, you should have a professional remove the earwax for you.

What are the alternatives to earwax candle removal?

The safest and most effective way to remove earwax is through microsuction. This involves the use of a fine suction device – think a tiny vacuum cleaner for your ears – that is inserted into your ear canal by a hearing specialist who also uses a specialised magnifying glass to view inside.

If you’re looking for ear wax removal and ear cleaning in Melbourne, the specialists at earLab can help clear your ears safely and effectively. Book an appointment to visit our Footscray or soon-to-be-opened Richmond office today!